The NCAA Upsets Aren’t What You Think They Are

Co-Authors Scott Newton and Al H. Ringleb explore what is going on in March Madness and the links to Strategy 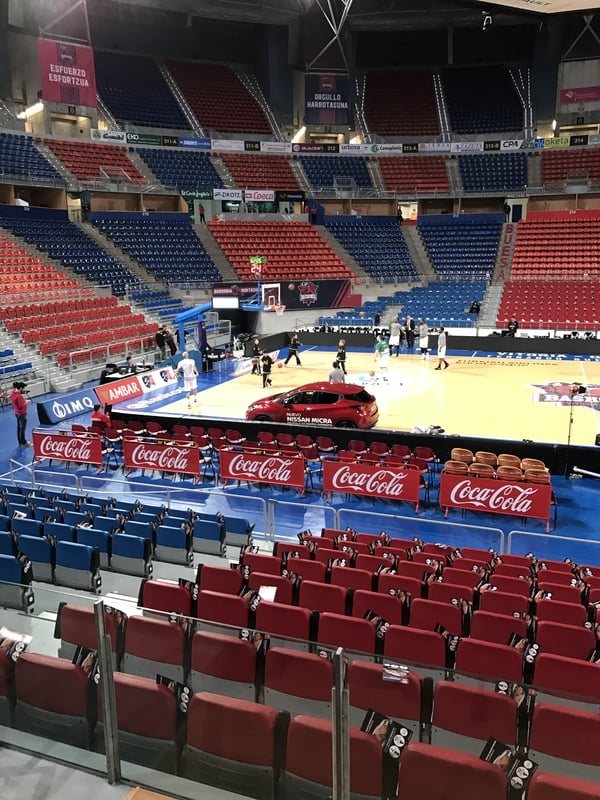 It just wasn’t supposed to happen this way. The team from Illinois, a recognized and dominating Big-10 school, was seeded #1. All the leading basketball pundits predicted such a resounding victory over the other team, Loyola Chicago from the pedestrian Missouri Valley Conference and a mere #8 seed, that few were even planning on watching the game. Next came the upset. And more upsets. Teams that had not been in the NCAA tournament for fifty years were suddenly winning. Why?

For those of you not familiar with sports in the United States, you may be excused for not following college basketball and the huge, wildly popular, basketball tournament put on every March by the National Collegiate Athletic Association (NCAA), the organization that governs college athletics. Within the US, however, every board and management pre-meeting starts with an impassioned discussion of “the game” and what the “seed” rankings mean for champions and laggards.

This year’s NCAA Men’s basketball tournament is certainly living up to its moniker, “March Madness.” While an occasional high seed upset by a lower seed is not uncommon and “Cinderella stories” have certainly captured our interest in the past, this year's tournament has seen a significant increase in surprising upsets. We have witnessed stunning victories by Ohio, Abilene Christian, North Texas, Oral Roberts, and as well as Loyola Chicago, among others, with the thrill of victory being enjoyed for the first time in school history (North Texas) and after nearly 50 years (Oral Roberts.) Similar upsets can be observed in hockey and the NHL in Canada, and Rugby in the United Kingdom. Why?

What makes this year so unusual, so unique?

Are NCAA men's basketball programs moving into some form of parity? Is there an important explanation here that may serve us beyond the realm of the basketball arena and into the workplaces of today and tomorrow?

Of course, the first and most obvious reaction to this anomaly is to consider the impact of COVID-19, which has certainly affected all other aspects of our lives over the past 14 months. With the pandemic forcing the cancellation of the tournament last year for the first time in history, the NCAA is permitting March Madness this year, but without spectators.

Additionally, for the purpose of further controlling pandemic risks, it is holding the entire event in a single geographic area to eliminate travel and contact with anyone outside the players’ bubble. While from a health perspective it has been successful in reducing such risks (The tournament has experienced just one game cancellation thus far), it has created some interesting unanticipated side effects, the most obvious of which are its plentitude of game upsets. But why?

In searching for the possibility of a systematic explanation for these upsets, we were led to look a little more closely at a well-established phenomenon in team sports, the “homecourt advantage.”

The term homecourt advantage explains the perceived benefit a home team is believed to gain over a visiting team. Research and popular opinion have pointed to several factors and explanations as having an impact on and contributing to teams and players obtaining homecourt advantage:

In this year’s tournament, are any of these relevant?

While it would seem no, we think otherwise, and not for a reason you might expect.

This idea of a homecourt advantage is not new - academics, athletic professionals, and wagering houses have been studying the phenomenon for decades.

However, in our review of relevant research, we see that the serious statistical studies examining homecourt advantage have focused on datasets involving all of a team’s games. We assert that the overwhelming majority of those games would have come to the very same result whether they were played in front of a roaring home crowd in a huge arena or a completely empty campus gymnasium. In fact, a close examination of this season’s games (many of which were played in empty arenas) serves to verify this observation.

But importantly, and in accordance with those research findings, we do agree that the crowd can make an important difference in the possible outcome of a game, but only in three scenarios:

When you filter a database to identify solely those games involving one or more of these 3 scenarios, the influence of the crowd becomes paramount. The crowd creates intrinsic recognition for home teams, enhancing their game efficiency. Simply put, the home team receives a signal from the crowd that assists them in changing and adapting their performance and play in real time. We found it both interesting and intriguing that all three of these scenarios were present in upsets in this year’s tournament.

After losing to Texas in one of the worst home defeats in program history earlier this year, Kansas Coach Bill Self said with reference to the constraints on attendance: "Certainly, this is going to be a year when the best team is going to win, regardless of which court you play on."

We assume that your initial interpretation of his reference to the “best team” was the same as ours, that he is making a talent comparison. But we believe (and, out of respect for Coach Self, that he, too, believes) “best team” means something far deeper than just talent alone. Specifically, we assert that in the NCAA tournament the higher seed favorite will lack motivation, see no reason to put energy into building confidence in its game plan (“We are going to win regardless”), believe the hype about their superior talent, and hold the strong conviction that they can win it all.

Conversely, successful underdog lower seeds will build a “competitive advantage” by instilling strong trust and confidence in the team game plan (their strategy) based on their strengths and talents and will not be distracted by a hostile home crowd - because in this tournament, one does not and cannot exist.

Assuming the NCAA selection committee has done its job (and we think it has), the difference in talent between the two seeds will be significant but so much as to overcome these mindsets, the result will likely be very close, dramatically increasing the probability of an upset.

We would expect that in the presence of an energized home crowd showing its support (and disappointment), the higher seed favorite would be brought back to its senses. Without the crowd, that responsibility falls heavily on the coach, which arguably may be an “unmeasured” ability or characteristic of a truly great coach (or leader). But if it affects the players, why not also the coaches (How many of them have experience in a spectatorless season or even any reason to consider one)?

Importantly, the implications from these insights cannot be ignored for their relevance to the workplace of today and tomorrow. By creating the appropriate environment, an environment where workers are positively motivated to be the person they want to be, to reach their full potential, a leader with a strategic mindset clearly creates a competitive advantage, a homecourt advantage. Successful strategic leaders will take three actions to create that “homecourt advantage:”

In her new book “No Rules Rules” Erin Meyer articulates the strategy that has taken Netflix to the top, and how they have effectively developed a carefully planned “No Rules are the Rules” homecourt advantage global strategy. It is an impressive feat as Netflix has more growth internationally than in its homecourt, the US market, demonstrating that a successful domestic strategy can have important implications well beyond just your homecourt. And like many lower seeded teams in the tournament, Netflix was repeatedly told they would not be successful.

How can you accomplish this?

This means developing leaders who can clearly articulate the strategy, the vision, and recognize and interpret “weak signals” to emulate the powerful “stadium effect” among followers.

We see this as being especially important in those “Moments that Matter” - those challenging and demanding situations where you can leverage the homecourt advantage and win, both at home and away.

People need people to experience satisfaction with life, and yet the new report on the workplace published yesterday by Microsoft indicates 41% of workers globally plan to search for a new job in the next twelve months. We need leaders to build that homecourt advantage, to build and implement that strategy, and bring out the best in their employees.

As to the tournament, we are rooting for another Cinderella story both for the inspiration it provides and the collateral encouragement it presents for leaders in creating that workplace of today and tomorrow.

While we have no personal ties to Loyola Chicago, (in fact “our” teams have already been upset) our appreciation for great leadership, the inspiration of Sister Jean, and the purposeful implementation of a successful strategy have made us endearing fans. Go Ramblers!

“You're the only one who can make the difference. Whatever your dream is, go

for it.” Magic Johnson

Dr. Al Ringleb is the President and Founder at CIMBA Italy, a consortium of universities offering leadership, undergraduate, MBA, and Executive Education programmes. Accredited by AACSB.

Thanks to Al for sourcing the data, developing this idea, and ensuring that no upset basketball game went unnoticed. I was very happy for the opportunity to be a co-author on this was amazing story. Scott Newton, Managing Partner, Thinking Dimensions

Corporate Venture Capital: Is Now a Good Time to Start?