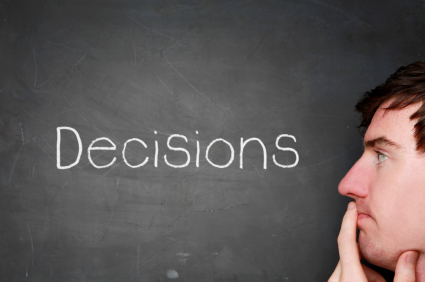 In decisions which are considered a failure often one of the main factors cited is the lack of consideration for Stakeholder requirements.
It seems logical to first consider what the Stakeholders need as a result of a decision being implemented, however often a combination of time constraints and enthusiasm to “just do it” result in the omission of this critical step.

A high profile example of not considering Stakeholder results is the three time delayed Berlin airport (in English you can read about it here http://www.spiegel.de/international/germany/how-berlin-s-new-international-airport-opening-was-delayed-a-833122.html) which is now several years behind schedule and hundreds of millions of Euros over budget.  In the government ordered inquest into how this can occur, one of the primary causes cited for the delay was “stakeholder requirements not considered”.

Although I hope that our readers are never involved in a decision which results in the high level of failure in the Berlin Airport example, there are two easy steps you can embed in your decision making process to prevent stakeholder requirements being omitted which are:

With this list confirmed by your decision making team, move to step Two.

In generating a list of requirements from each stakeholder group ask:

A: “What is it we want to achieve?  What do those results look like?”

C: “What resources do we want to use and not use?”

D:”What restrictions do we face in our decision?”

A frequent way we generate this list is with a flip chart or digital/virtual version which can be shared with the various stakeholders to get their input.

Decision making often needs to take place under time and other considerable constraints- what you don’t want is to have your own “Berlin Airport Fiasco” as a result of not considering the requirements of the very stakeholders your decision needs to support.

How can you create the Ambidextrous Organization?

Management had observed that competitor McDonalds was having...