Management had observed that competitor McDonalds was having runaway success with their "Quarter Pounder" burger in the 1980s. Customers loved it!

The (then) owner of A&W, Alfred Taubman had an idea. A&W would launch a 1/3 pound burger (for those of you working in grams this is 151g of meat, compared to the McDonalds product which was 113g of meat uncooked weight.)

The A&W product was offering a much bigger piece of meat at exactly the same price as McDonalds. Management and A&W predicted disruption.

The campaign, intended to show the superiority of the A&W offering, was launched as "Third is The World."

Owner Taubman recounted "We were aggressively marketing a one-third pound hamburger for the same price... but despite our best efforts, including first-rate TV and radio promotional spots, they just weren't selling."

A&W were confused, and so they called in the marketing experts to conduct focus groups across Canada and the USA, and discover the truth. What did they find?

Consumers advised them "Why should owe pay the same amount of money for a third of a pound of meat as we do for a quarter-pound of meat?" they asked.

The majority of participants (incorrectly) believed that one-third of a pound was actually smaller than a quarter of a pound.

Taubman took a very important lesson from this: "Sometimes the messages we send are not as clear and compelling as we think they are."

In your Strategy, how sure are you that your message is being understood as intended?

Note: Story verified with the book from A. Alfred Taubman, "Threshold Resistance." 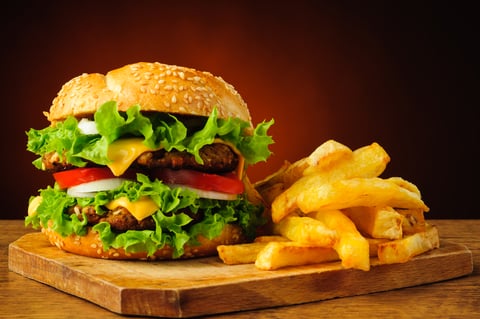 Management had observed that competitor McDonalds was having...

Corporate Venture Capital: Is Now a Good Time to Start?